Create an Account
Login with your Social ID
‹ back to login

Enter a short In this course, you’ll learn the general guidelines for the pawn structures resulting from the Sicilian.of the course.

The Sicilian defense is one of the most frequently used defenses from club players to Grandmasters.

In this course, you’ll learn the general guidelines for the pawn structures resulting from the Sicilian.

The course is suitable for all levels of players and it breaks down the necessary principles of the Sicilian defense.

By the end of the course, you will have a clear idea about all the main Sicilian lines.

In this 3-hour course will you will receive highly instructive and interactive lessons on how to approach the different pawn structures that could appear on the board with any of the Sicilian Defense variations.

How can this course help me?

If you want to start winning more tournament games and also gain some juicy extra Elo points, you definitely need to be armed with an opening system for Black that allows you get dynamic positions on the board with winning chances. The Sicilian Defense is perfect for you.

Here are some of the key lessons you will learn with this course:

The Hedgehog pawn structure in the Sicilian Defense

The Hedgehog is one of the most frequently seen structures as it can result from a huge variety of move orders and, in fact, this is a position that has been seen even at the highest levels of chess. It appeared in the World Championship match played between Garry Kasparov and Anatoly Karpov in 1985.

It’s one of the most famous matches for the World Championship title in the history of chess. First of all, what is the Hedgehog pawn structure? Why do we call this structure the Hedgehog? You can see a typical structure in the image to the right.

White has a space advantage and very nicely positioned pieces. On the other hand, Black is restricted to his last 3 ranks, as you see, and what is very typical for this pawn structure are these pawns: e6, d6, a6 and, very often b6, sometimes; you might even see an additional pawn on g6.

The Pawn Structures in the Rauzer

The second structure in the Sicilian Defense that you will explore is one which arises from the so-called Richter-Rauzer variation of the Sicilian.

Already at this point, we can see that this is the Richter-Rauzer. Although, in the majority of games, Qd2 is the only move that is played in this position nowadays. 7.Be2 can also be tried, but this is pretty much harmless.

It is necessary to put the knowledge you’ll gain into practice. There are 8 practical tasks (over 50+ games) in this course which will help you to understand and remember the ideas of the course better. 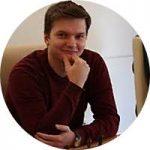 Mat Kołosowski is an International Master from Poland. He is a multiple Polish youth championship medalist. In 2010 he took 5th place in European U-18 Championship. During the course of his chess career Mat won many international tournaments. Apart from being a player, he is also a chess coach who has experience in working with students from more than 20 countries. So far he helped a few of them in obtaining their own international titles. Mat has also performed live commentary of Polish and European Rapid and Blitz Championships.

No Reviews found for this course.